After a 50 year decline following the retraction of General Electric, Schenectady is finally on the upswing.  The Electric City is about 5 years into a downtown transformation similar to the one experienced by sister city Troy over the same decade, Schenectady has seen a flood of investment of late led by the Schenectady Metroplex and the enormous Rivers Casino project that has transformed one of the gnarliest stretches of industrial wasteland in the city to a regional tourist attraction, marina, and some of the priciest apartments in the Capital Region.

Although still infamous for having one of the highest tax rates in New York State, Schenectady is attracting significant outside investment as cap rates continue to compress in Troy and Albany, leading Capital Region and downstate investors alike looking looking to Schenectady as the next rising real estate investment star.  Couple this momentum with the added real estate tax incentives provided by the Opportunity Zone program, and we expect to see large investment and development continuing in the coming years.

To understand where these Schenectady Opportunity Zones are located, check out our detailed map below.  As you can see, Schenectady's Opportunity Zone is broken up into 2 chunks, one encompassing the Erie Blvd. corridor north of Nott St., and the other extending south of Union St.

The northern zone extends north from Nott St., bordered to the west by the Mohawk River, and to the east along Van Vranken Ave, ending just north of Maxon Rd. Extension.  This zone encompasses the highly distressed Northside neighborhoods along Foster Ave., Carrie Ave., and Van Vranken.

The southern zone begins to the north at Union St., bordered to the northwest by the Mohawk River, and encompassing most of downtown and the Erie Blvd./I-890 interchange, as well as much of the Stockade neighborhood.  The zone then extends southwest along River Rd. and Central Ave., ending at Campbell Ave. and the Rotterdam border. 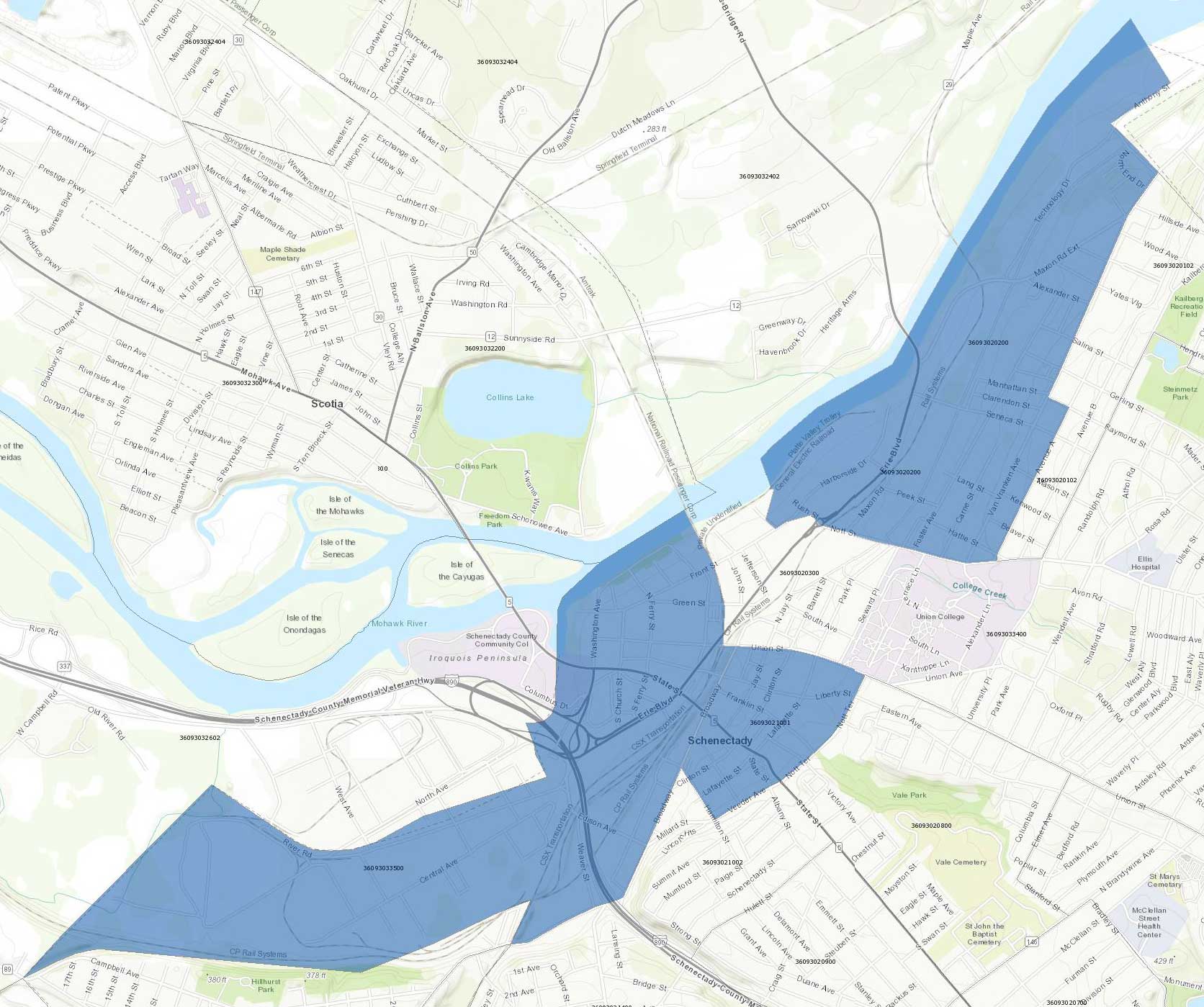